Reducing unused CSS rules can reduce render-blocking behaviour to speed up your page load and improve your visitors' page experience. 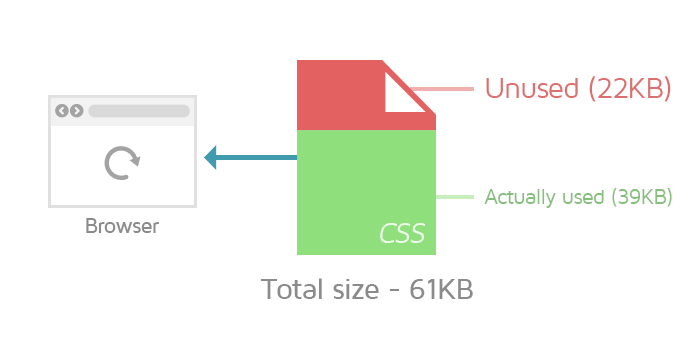 How to reduce unused CSS?

3) For WordPress (or other CMS) Users

While reducing unused CSS on your page is generally not easy, you can use WordPress (or other CMS) plugins to help you accomplish this.

WP Rocket can reduce unused CSS on your page with just a few clicks.